Established in 1946, Camp Davern is a traditional co-ed summer camp. We think that summer camp is all about "trying new things" and "making new friends", and we do this through adventure and community building. Camp Davern is located 1 hour from Ottawa and Kingston we' ae an unforgettable experience that's close to home.

In 2021, we are working hard to provide a Covid safe experience and cannot wait to welcome your kids!

The Our Kids review of Camp Davern

Davern was established in 1946, and the values that it was founded with remain to this day. Of course, the world in 1946 was very different than today, but then, as now, there was a desire to get kids away from the stresses of life, to allow them to spread their wings a bit in a place beyond the concerns of school and home. It’s a place where kids have an opportunity to spend some time closer to nature and, by extension, through a different set of priorities and at a slower pace. The program is overseen by executive director Andrew Martin, who also directs Camp Can-Aqua, another great Canadian camp. He’s a champion of what traditional camping can bring to a young person’s life. The facilities are wonderful in that they continue to display the long history of the camp, while being up to date in all the essential ways. The site is gorgeous, which is a draw, though the values, spirit, and culture of the camp are the things that families and campers appreciate most.

The 2021 Experience at Camp Davern

Though we wait for the final decision from Public Health we are currently taking registrations for the 2021 season. In anticipation of operating under COVID-19 restrictions, we have moved toward to the following protocols as we plan for camp. 1. Reduced our camper capacity. 2. Require negative COVID-19 test and self isolation prior to arrival. 3. Reduced our dining hall capacity, and encourage outside and cookout dining whenever possible. 4. Cohorting campers into smaller sections. 5. Required masking and social distancing for camper cohorts and staff. 6. Increased training for staff. 7. Increased sanitation in common areas and common equipment.

Updates to operation status, session changes, and changes to COVID-19 protocols will be made available on our website under the Parental Resource tab.

Choose the right programs and sessions for your child; currently 3 programs available; 2 TBD. 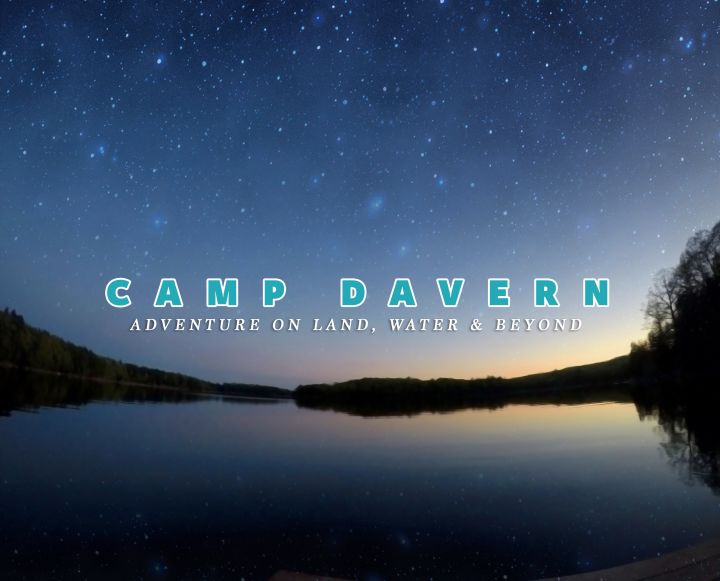 Davern is a gorgeous place which will take kids away from the city and technology into a place where people get to know their best friends and their best selves. So thrilled to see Davern continuing to make magic and to see a camp that is more accessible financially than so many other places.

I wasn't sure about Davern initially, maybe it was just the thought of being away from my parents for the first time in my life. After my first night there my mind was changed. Amazing people, beautiful site, tasty food. Overall just a great experience.

Peter is a veteran of summer camp and outdoor education centers with 20 years of leadership and guiding experience. He holds degrees in Physical and Health Education and History and a graduate degree in Education. He is also an Ontario Certified Teacher with the Limestone District School Board.  Peter is a believer in the importance of place-based education, hands on experience and collaborative learning environments.

Peter is excited to bring his years of working in the summer camp and wilderness adventure fields to Camp Davern. Peter lives in Kingston where he manages the Camp Davern office creating connections between Davernites past, present and future and communities in Eastern Ontario.

Peter can be reached at [email protected]

The organization announced in February [of 2017] that Andrew Martin, had purchased the property and would reopen the camp in the summer. Martin has made a career out of the camp industry for more than 15 years, and said he believes in the value of camping, “especially going into a future that is overwhelmed with technology and a lack of social integration for young people.”

He said he was attracted to the “remarkable property” and “amazing facility” because it holds a lot of history as one of Ontario’s older camps. He’s looking to find out the “silly things” that made the camp unique such as “the name of that hill or the secret path that takes you to Finnigan’s house where kids go and write letters if they’re homesick.”

It was on a warm July day in 1948 that nine-year-old Judy Coleman became a Davern girl.

Boarding a train at Union Station, she and some of her cousins and friends travelled to Maberly, near Perth. There, they put their bags on a horse-drawn hay wagon and, after being greeted by Camp Davern’s director and staff, began to walk to the all-girls YWCA camp on Davern Lake, a 7-km journey that would have taken at least an hour and a half to complete.

As one of the younger campers at Davern that year, Judy slept in one of two cabins on the site, while others slept in tents pitched on wooden platforms. It was the first of six summers she spent at Davern.

“There was something very magical, special and bonding about a summer at camp,” says Coleman (now Laughton), “and the friendships made … have continued to this day, almost 67 years later.”

Thank you for your interest in Camp Davern. They will be in touch with you shortly.

Thank you for your interest in Camp Davern. They will send you information about this session: