Summer Youth Programming at the Daniels Faculty at U OF T

Interested in Summer Youth Programming at the Daniels Faculty at U OF T?

The Daniels Faculty of Architecture, Landscape, and Design at the University of Toronto has the unique opportunity to serve our community as a true hub for art, design, and city-building. We offer a range of outreach programming from youth (8 years and up) to high school to life-long learning. Registration is now open for our summer online programs (June 28 to September 3, 2021)

The building, newly built at the Spadina Crescent, is itself worth the cost of entry—it’s the latest home for the University of Toronto’s school of architecture, landscape, and design, one of the leading schools of urban design in Canada. It’s a hub of art, design, and community-building, hosting a range of programs and learners, from professional think tanks, to graduate studies, to undergraduate programs that use architectural studies as a means of augmenting a liberal arts-based education. The mandate is to provide research, teaching, and service. The camps are part of the overall project as well, bringing young people into this setting to explore the people, the environments, and the work done here. At the camp sessions, students engage in collaboration with peers to explore, well, just amazing stuff, such as the theme for the 2019 camps: how drones can disrupt aspects of city life. Programs for high school students offer opportunities to explore careers in design, while being exposed to a wealth of new ideas and cross-disciplinary thinking. The potential for these experiences to be transformative is very high. Barring that, they are simply a great way to spend some time with others. All is seamlessly administered and managed, staffed by instructors and mentors who are passionately involved in their fields of interest, and keen to express their enthusiasm for the work.

Choose the right programs and sessions for your child; currently 4 programs available; 1 TBD. 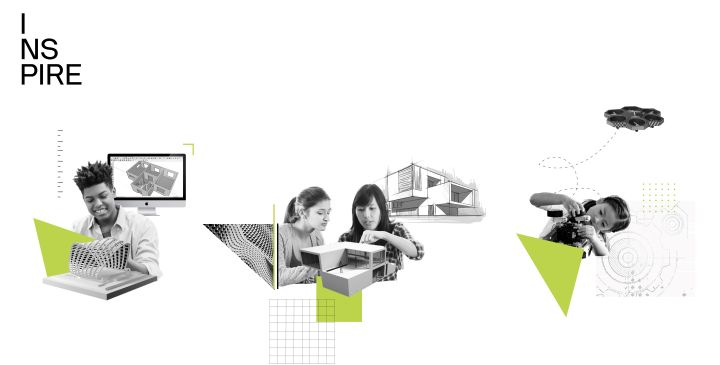 Request information from: Summer Youth Programming at the Daniels Faculty at U OF T
×

Milena Kako, a behavioural therapist from Toronto, enrolled her two sons, 11-year-old Julian and 13-year-old Tristan, in the camp for four weeks. "I was working, and my husband works as well," she says. "We wanted the kids to be involved in something that would be fun, but also beneficial for them. We thought this camp would give them opportunities to interact with their peers. At the same time, they would be doing something that they enjoy a lot. Both of them love Minecraft." She noticed immediate benefits. "I found that they were able to connect with their peers quite well," she says. "The camp was set up in a way where interaction was stimulated and encouraged. There were a lot of collaborative games that were built into the different activities." For the kids, the camp was a welcome relief from the monotony of isolation. "The games and the building were really fun," Tristan says. "But one of my favourite parts was finally getting to interact with other kids after the long pandemic." The two brothers received expert Minecraft instruction from their councillors. After learning about different architectural styles, they began building a series of ancient-Greek-style temples that became more and more elaborate with each passing week. Now, with camp finished for the year, Tristan and Julian are continuing to experiment with Minecraft builds on their own. And they have remained friends with some of their fellow campers.

For Anna Shternshis, a University of Toronto professor, the Daniels Minecraft Camp was a way to give her youngest son, eight-year-old Avi, some badly needed intellectual stimulation. "Avi spent a lot of April and May on his devices, playing different games," she says. "He got interested in Minecraft. It seemed like a good game, but I was thinking: he should be doing something useful with his brain." The camp helped turn Minecraft into an intellectual exercise. "They came up with a story," Anna says, "and they directed kids in thinking creatively about things they were building. They actually put thought into a curriculum. As an educator myself, I appreciated that very much."

The Daniels Faculty have talented faculty, staff, and students who love to share their love of architecture and design. As a Faculty within the University of Toronto, we have access to other amazing resources which we feel privileged to share. We offer programs for youth from 8 to 18+. I love talking to families so feel free to email or call me!

Interested in Summer Youth Programming at the Daniels Faculty at U OF T?

Thank you for your interest in Summer Youth Programming at the Daniels Faculty at U OF T. They will be in touch with you shortly.

Thank you for your interest in Summer Youth Programming at the Daniels Faculty at U OF T. They will send you information about this session:

Session Registration: (Summer Youth Programming at the Daniels Faculty at U OF T)
×