Synchronized swimming, now known officially as Artistic Swimming, is a unique and challenging Olympic sport that combines aspects of swimming, gymnastics, diving and dance.   Our programs focus on a multi-sport training environment including swimming skills, dance, gymnastics, flexibility, routine and it is all done within a team.

OSSC swimmers and coaches enjoy recognition on provincial, national and international levels. They are led by coaches who include national team coaches, Olympians, former national team members and former and current competitors.

Choose the right programs and sessions for your child; currently 0 program available; 20 TBD. 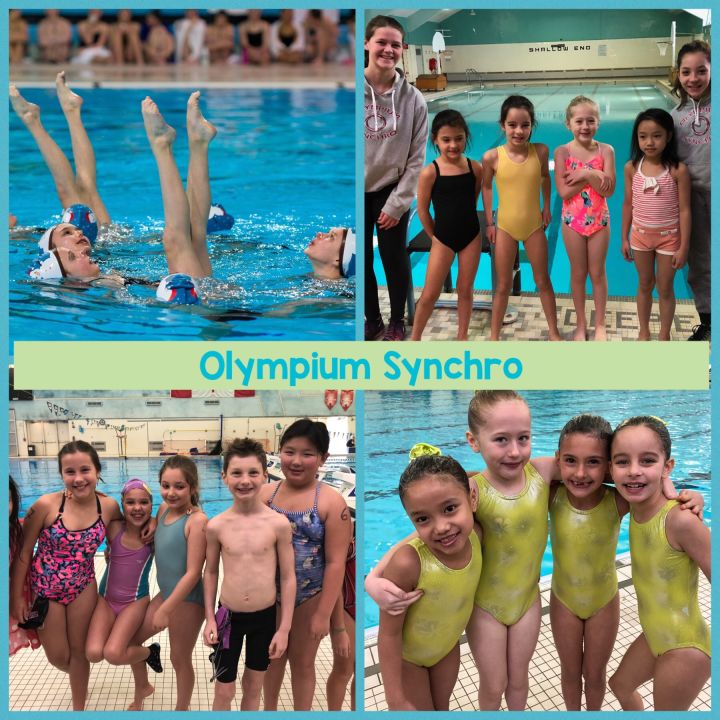 My daughter has been with the Olympium Synchro club for 7 years now. She started out in grade 2 in a pre-comp program, and has loved it from the beginning. I find that the team building perspective is really a great aspect of the sport, along with focusing on so many different sports/activities (gymnastics, flexibility, dance, and swimming of course). The club is led by a great coaching staff (many past National team athletes, and former Olympic athletes). The club culture is really strong, and there is mentoring and growth of good leaders for the athletes in the club.

Kerri Morgan began coaching high performance synchronized swimming in 1992 and started working with OSSC in 1995. In 2011 after a very successful tenure with the club including Head Coach for 9 years Kerri took some time to focus on her private company and her family. However, when approached by OSSC in 2014 Kerri was delighted to return to help reintroduce the junior program to the club as the Burlington Olympium Synchronized Swimming Club President.

Kerri has found herself in many different roles throughout her synchro career including coach, mentor, Provincial Lead, Club President and Head Coach. Kerri was instrumental in the reintroduction of a junior program to OSSC. She has coached many levels and ages of synchro including Junior, 13-15, and 12 & Under, Provincial, AWD and Masters. She was the 2003 Team Ontario Canada Games Assistant Coach and also coached the Malaysian National Team.  While coaching at the Olympium she also had the privilege of coaching athletes from many countries including Belgium, Puerto Rico, Aruba, New Zealand any many more.  Kerri also coached Jennifer Knobbs in her World Masters Championship Solo gold medal in Budapest 2017.

Kerri is also a Mental Game Coaching Professional and has been running clinics, seminars and working 1 on 1 with athletes of all ages and from all sports since 2010.  Kerri is very experienced in speaking to large groups and sport organizations about the importance of their mental game and how to be a great team and organization!

As the rolling drums and rhythm guitars of The Surfaris’ hit song Wipe Out reverberate off the walls of their practice pool, a team of young Olympium Synchro swimmers take deep gulps of air, then sink beneath the water in unison.

That Chris was chosen to star as the lone figure splashily propelled above his septet of teammates could be seen as a metaphor for his breaking the gender barrier in the almost-exclusively female sport of synchronized swimming.

The Notre-Dame-de-Grâce second grader is, after all, not just the only boy on his pre-provincial team of eight, but also the sole male amid the Olympium Synchronized Swimming Club’s roster of 135 swimmers.

But that’s not something Chris, nor any of his teammates, seem to take much notice of, said Coach Marin Pollock.

“He seems almost completely unaware – they all do,” Pollock laughed last week at Bishop Marrocco Pool, during the second of the team’s twice-weekly practices.

“Even at competitions, you would think that (Chris being the only boy there) would be something they’d be hyperaware of, but it really doesn’t faze them. He’s so part of the team now, we often forget,” she laughed.

“In fact, the girls often comment that they think it’s weird that other teams make a big deal about him being a boy.”

Chris’s newly acquired ‘superstar’ status, however, isn’t one he inherited solely by virtue of his gender – it’s a label he’s earned by bringing home a total of five gold medals from local and regional competitions.

Inspired by his 10-year-old sister, Sophie, Chris said he first began asking his mom, Liz Niehaus, if he could start synchronized swimming lessons “years ago.”

“When she tried it, I really wanted to do it, too, so I asked if boys could do it for a really long time, and now here I am,” a be-goggled and shivering Chris told The Etobicoke Guardian while on a break from practice last week.

While Chris’s mom initially tried to enrol Chris in an intro to competitive swimming program before he dove into synchro at age six, she said it wasn’t the right fit for her “natural athlete” of a son.

“He hated it. It was definitely not for him, and he just kept asking me, ‘When can I do synchro? When can I do synchro?’, so I finally asked (Olympium Synchro’s) head coach if she would take on a boy and she said yes,” Niehaus said, noting that Chris worked his way up through the Olympium’s rec and novice synchro programs before landing himself a spot on the pre-provincial team with girls up to four years older than him.

“I’m proud of him for sticking with it. I know it’s hard to do something that’s not really the norm, and I do worry that, as he gets older, kids at school might tease him, but so far that hasn’t happened. And as long as he’s happy and he wants to keep doing it, I say go for it.”

For Chris, who also does karate and plays hockey, synchronized swimming is now his favourite sport.

“But my favourite part is that all the girls like me because they think I’m special because I’m the only boy.”

Chris’s “only boy” status, however, might not stand for long.

With the International Swimming Federation (FINA) recently allowing male synchro swimmers to compete in mixed duets during its World Championships for the first time in 2015, Pollock thinks a male breakout in the sport is inevitable in the not-so-distant future.

“Eventually, once it’s this thing that everyone’s doing, Canada wants to be able to say we already have male athletes, so you definitely see clubs all over the place trying to get boys to try synchro,” she said, noting that Chris is ahead of the curve.

“He’s the first boy I’ve ever coached and it’s been a great experience. He’s a strong swimmer, he’s flexible, he’s a good performer and a good kid. I’d hate for people to discourage him, because if he really sticks with it, he has the opportunity to go all the way to the top.”

For Chris, a trip to the top means one day climbing atop synchro’s Olympic podium – a dream that will sadly remain out of reach until the International Olympic Committee follows in FINA’s inclusive footsteps.

“I want to go to the Olympics one day and win another gold,” Chris said, the five medals he’s already won jangling proudly around his neck.

Thank you for your interest in Olympium Synchronized Swimming Club. They will be in touch with you shortly.

Thank you for your interest in Olympium Synchronized Swimming Club. They will send you information about this session: